← Hoi An Photo Class
The Tunnels of Cu Chi →

We saw HCMC on the fly. We used it as a base to visit both the tunnels of Cu Chi and the Mekong Delta. Consequently this will be a short post. 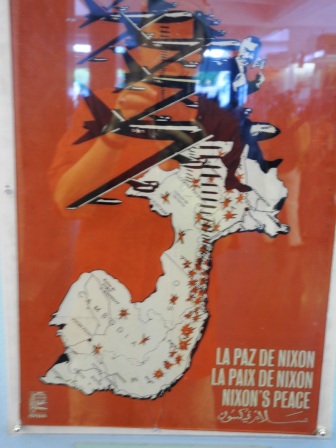 The first place we visited was a brand new version of the War Remnants Museum. It is dedicated to the victory of and the gallantry of the people of VN in the war against the American aggressors. It is divided very nicely into areas of interest where you can pick and choose what you want to see. This poster is in the area that displays international outrage at America.

They have some excellent photos of the futile American war effort. All that stuff, and we still lost. Just think how much money is in this picture. Meanwhile schools in the US had to have bake sales to afford books. 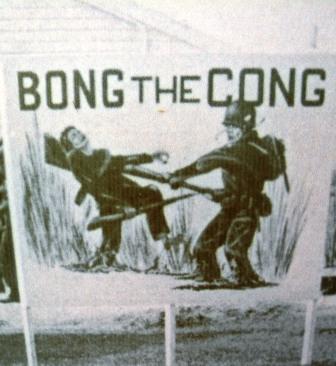 They had some photos of American miltary bases, I liked this picture of a billboard outside the gate to a base. 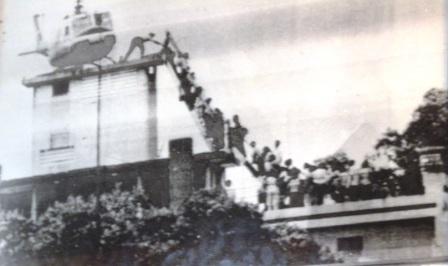 Of course they displayed this memorable picture of the evacuation of Saigon, right before it became HCMC

They also had a room displaying pictures of towns and villages in VN during the war and how they have rebuilt since. This one of a small town we drove through.

The hardest room for me to visit was the room displaying the continuing tragedy of our use of Agent Orange. If you do not know much about this, use Google and educate yourself. Basically, America practiced chemical warfare on a scale dwarfing Saddam's usage and probably the entire usage of chemical weapons in WWI. Americans are quick to condemn others, and quicker to forget when we perform the same atrocities. What I want to emphasize is that even TODAY babies are born with birth defects directly attributable to this war crime. This room was so depressing I could only stay a minute.

Outside was the cool stuff. We left behind tons of hardware. Here is a collection of American artillery pieces.

This is a collection of what the grunts called "fast movers". They would zoom in, drop some napalm and head back to base for a beer. 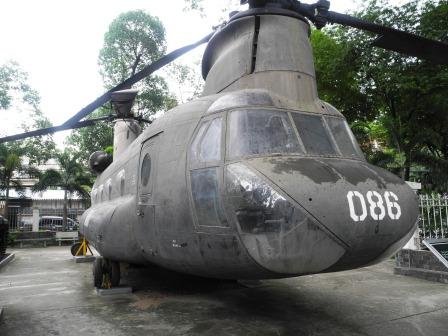 Of course this was a helicopter war. I think this is a Sikorsky. It mostly moved material to support advanced fire bases. 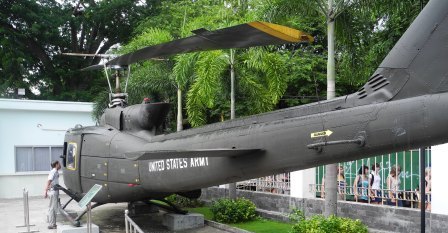 This was the standard troop mover. It is called a Huey and a group of them together could move a platoon or an entire company a long distance in a short time.

We then made it over to another historical site.

This is now called the Palace of Reunification. It was the Presidential Palace where Thieu thought he ran VN from. Just to the left of this photo is where Diem was assassinated in 1963. A very large underground bomb proof basement contains the war rooms. Today, the place is a fascinating tourist attraction. The rooms underground contain map rooms and communications rooms. The comm equipment is right out of Dr. Strangelove.

See what I mean? 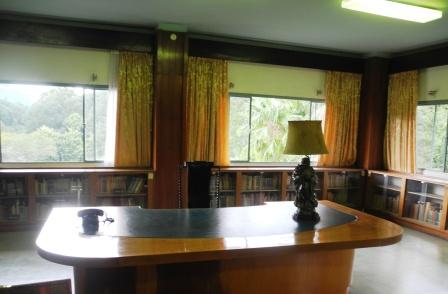 This was Thieu's library. 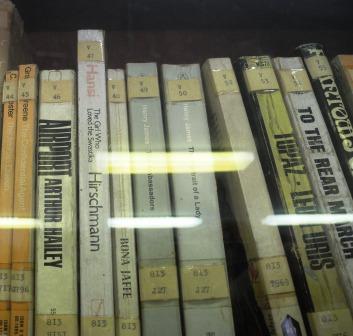 Some of his books. Airport? Leon Uris?

From the roof of the palace. This is the front gate today. 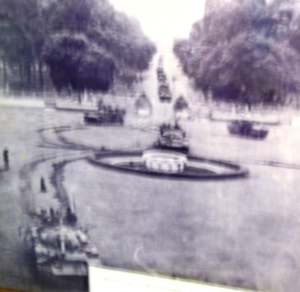 We then visited the cathedral of Notre Dame. Even though my wife is a BC grad I think she liked it! Built between 1877 and 1883 in a neo-Romanesque style, it has no stained glas windows because they were blown out during WWII.

Sharing the square with the cathedral is the central post office designed by Eiffel. It functions quite well today and you can mail everything from post cards to whatever anywhere in the world. 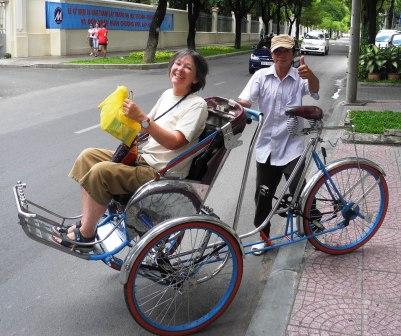 No one should leave VN without riding on a pedacycle. We took a ride around HCMC. I thought I had negotiated a good price, but once we arrived at our destination, the guy demanded 10 times that much. At first I was upset, but I quickly realized I was worried about maybe US$5. Besides, the guidebooks all tell you to "get it in writing." 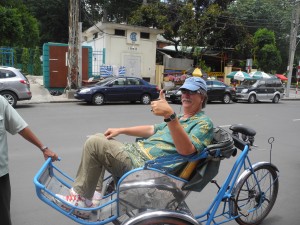 Thanks for reading, tell a friend. make a comment, I beg you! In fact I dare you!

Next post from the Cu Chi tunnels and the main temple of an amazing religion that includes Victor Hugo as a saint. Heh,I’m not saying I get it, but it is a beautiful temple and I got some good shots. So stay tuned.

← Hoi An Photo Class
The Tunnels of Cu Chi →